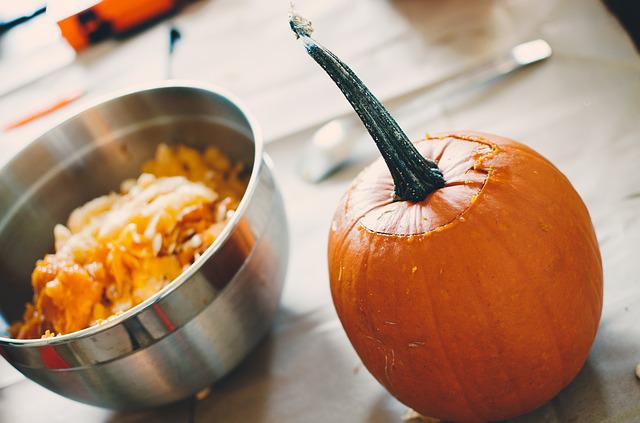 Can pumpkins be planted near cucumbers, or will they cross pollinate and cause problems with this summer’s fruits? Each summer, Extension offices receive calls from clientele wondering if their plants have crossed with something else to create a weird hybrid. In this particular instance, the answers are “yes” and “no.”

Pollination occurs when a grain of pollen, containing one-half the genetic material needed to create a new seed, is transferred to a flower’s ovule, the egg-containing part of a flower, which provides the second half of DNA required for a viable seed to form. Pollen is the contribution of the male parent and the female parent provides the ovule.

Self-pollinated crops, such as beans and peas, have evolved strategies to ensure self-fertilization. Often their flower structure prevents the easy movement of pollen outside the flower, or flowers may be pollinated before they even open! Self-pollination often results in plant lines with very consistent DNA, which ensures new plants grown from saving seed will be almost identical to the parent plants.

Cross-pollination occurs when pollen from one plant fertilizes the ovules of another plant. Some plants cannot set viable seed without cross pollination, as is the case with broccoli and many apple cultivars.

Cross-pollination happens through the actions of pollinators, such as insects and other animals, or by wind blowing pollen from plant to plant. In the home vegetable garden, tomato, watermelon and cucumbers are cross-pollinated by insects, and sweet corn is wind pollinated.

Which plants can cross-pollinate?

• Cucurbita pepo — summer squash (both zucchini and yellow summer squash); acorn, Delicata, patty pan and spaghetti squash; pumpkins and gourds are all in the same species.

• Cucurbita moschata — winter squash, such as …….