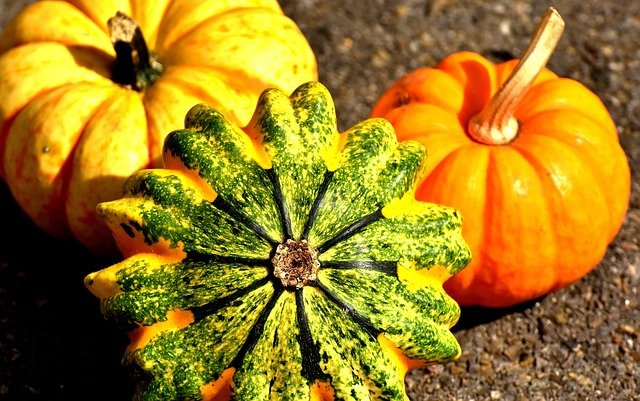 A hilarious video of a cat frantically eating a squash has left the internet in stitches and prompted discussion online.

Re-posted on Reddit on Friday, the adorable video appeared on the popular r/aww subreddit where it has now received more than 61,000 upvotes. In the video, the cat runs toward the table where a boiled kabocha squash is placed on the table.

A file photo of a curious tabby cat looking at three different gourds at home. A video of a cat enjoying an acorn squash has prompted conversation online about the strange things pets eat.
Jelena990/Getty Images


In the adorable video, that is thought to have first been shared by TikTok user 1361110905china, the cat tucks into the small squash—chewing through the skin and eating the pulp inside.

The video has thrilled internet users who noted the adorable sounds made while the cat tucks into the snack. Viewers of the viral video have since been sharing the strange things their cats enjoy eating too.

“Cats are just weird, man. Mine goes absolutely crazy over boiled potatoes,” wrote one commenter on the Reddit post. Another said: “My old cat used to eat squash remnants when we would make it for dinner, it all makes sense now.”

Cats are obligate carnivores, which means that they rely on nutrients found only in animal products. Cornell University’s College of Veterinary Medicine explains that cats evolved as hunters that consume prey that contains high amounts of protein, moderate amounts of fat and a minimal amount of carbohydrates.

While cats may enjoy some non-conventional snacks, it is important to be aware of the foods that your cat should never eat. Explained here, the list of 25 items includes alcohol, citrus, and onions. Anyone who suspects their pet has ingested any harmful foods should note the amount consumed and contact their veterinarian or the ASPCA (American Society for the Prevention of Cruelty to Animals) Animal Poison Control Center at 1-888-426-4435.

The kabocha is sometimes known as acorn squash and looks a lot like a miniature pumpkin. A Japanese variety of winter squash with dark skin, it has a sweet yellow-orange flesh inside. The ASPCA notes that the squash, which is similar to pumpkin and zucchini, is non-toxic to dogs, cats, and horses.

“That is the funniest thing I’ve seen in a while. I love the growls while he’s chomping,” said one viewer of the video.

“My cat makes the same noise for chicken nuggets,” said one Redditor, “Mine goes nuts over olives,” said another.

“My old cat was a human garbage disposal,” said one commenter: “He would eat ANYTHING you put in front of him. After I was …….